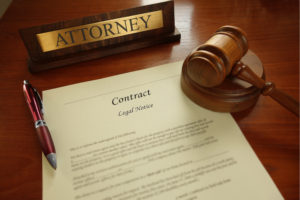 A breach of contract occurs when one party fails to perform their duties under a binding agreement. In contract law, an anticipatory breach is the preemptive repudiation of a contract — it happens when a party clearly demonstrates they are unable or unwilling to perform to their contractual responsibilities. When a contract has been repudiated, it has been breached. Here, our Cortland, OH business law attorney explains the most important things business owners need to know about anticipatory contract breaches.

Both Actions and Words May Amount to an Anticipatory Breach

Under Ohio law, both statements and conduct can amount to an anticipatory breach of a contract. The most straightforward example of contract repudiation is when the other party simply states they are backing out of the deal. Though, there is no legal requirement the party has to declare verbally or in writing they will be breaching the contract in the future. Conduct that makes it impossible for them to perform can also qualify as an anticipatory breach.

Attempting Renegotiation is Not a Contract Repudiation

While both action and words can qualify as an anticipatory breach under Ohio law, parties should never assume such a breach has occurred — you need to be certain. In the 1989 case of McDonald v Bedford Datsun, an Ohio Court of Appeals ruled one party’s declaration that they were not going to make a full payment and that they want to renegotiate the terms did not amount to an anticipatory breach. In its decision, the court stated that “repudiation must be expressed in clear and unequivocal terms.” If there is any confusion, it is best to seek clarification.

The Non-Breaching Party is Released from their Contractual Obligations

When a contract is repudiated, the non-breaching party is free from their obligations under the agreement. Once a breach has occurred, an individual or business no longer has a duty to perform their side of the deal. It is important to be careful. Make sure the contract has been breached before ceasing performance.

Get Help from Our Ohio Business Lawyer Today

At The Law Office of John C. Grundy, our Ohio business law attorney has extensive experience handling breach of contract cases. To learn more about how we can help, please contact us now. With an office in Cortland, we represent small and mid-sized businesses throughout Northeast Ohio, including in Warren, Bristolville, Champion Heights, and Vienna Center.